A Load of Old Codswallop – you can just see him tutting with a wry grin and a twinkle in his eye as he says it.

Friends and Family of Sidney Harold Richardson,  we join together to remember: a husband, a father, grandfather, uncle and best friend … I hope in this speech to do him the very big favour of not overdoing the soppy sentimental stuff.  We do know however, that, secretively he will be as pleased as punch that there are so many here that care.  The friends of Sid, are very much family to him.

For those of you who don’t know me, I am Laura, his eldest daughter, saddled from an early age of being the spitting image of her dad!  That’s not exactly a compliment when you are a teenage girl!!! No offence Dad but … Really!

So what maketh the man we so adore.

Well, he is committed to his loves (I’m thinking Licorice Allsorts)!  Most sweets actually but whenever I see an Allsort. I think of him.

He is generous to a fault with his time and patience and trust. Three very special traits.

He has the gift of the gab! He loves to spin a yarn or share a shaggy dog story. In fact how many of us have got woven into one of his stories only to find the details have changed?  Who’s telling this story anyway???

Charlotte was his first love. She was a huge dapple grey Shire Horse that became his best friend.  Shortly after his dad died, Sid was sent to live with his extended family on a farm in Somerset.  In the first few weeks he found he couldn’t sleep in his bed and would be found in the morning with his arms wrapped around the neck of Charlotte.  With Charlotte he learnt the importance of time, patience and trust. 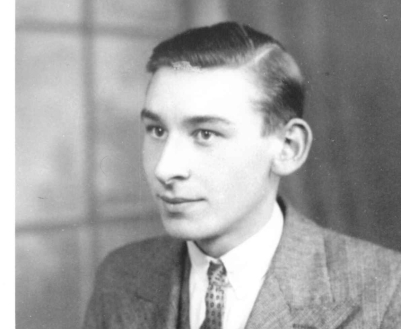 There have been other loves in his life …

The Round England Coach Trips

James Last and his big band

The holey socks that Tariq gave him for Christmas once!

Pat, my lovely mother, and Dad’s better half for almost 60 years will have many more delightful memories. She spent 7 years dating my dad on the back of a motorbike till he told her one birthday …. she could go and get that ring she’d always wanted.  She cried.  “A load of old codswallop” he said.

What I learnt from Dad was that life isn’t always as short as you expect it to be.  He outlived the second world war where he served in the Middle East.  He had his fortune told in his mid twenties, and he’d been planning his death as suggest by Gypsy Lea for his 55th birthday. There have been some interesting ops and accidents over the years and yet we have had the pleasure of his company for more than forty extra years.

Tis my belief that when Alec, his long awaited Grandson came along (when Dad was a mere 84), he found an extra lease of life and some more of that precious love to give.

That time, patience and trust thing came into play when he retired and took up volunteering in Woking community.  This gentle soul who when volunteering, got a wheelchair bound guy to get up and walk!  A miracle I hear you cry?  Well?  Just who’s telling this story anyway?

Of course, he isn’t a saint.  On the odd occaision, enough was enough and if you crossed the line of trust – you knew it!  We probably all can recall a moment in our lives when we taken his good nature that one step too far … a night in the car Debs?

In 2007 he was awarded Surrey Volunteer of the year, an accolade for the work he was doing with the Surrey War History records.  He would have continued but technology got the better of him and it was time to hand in his nib.

It hasn’t stopped his Gift of the Gab! Especially when he finds a subject that has amused him!

Material wealth never meant much to Sid.  His mantra was spend a little save a little.  Whilst he was never frivolous – we were always comfortable and when he could splash out for a family gathering he would.  A family gathering meant time for a tall tale or two.

He has welcomed many into that family of friends.  Deb and I both chuckle at the phrase – nice boy but he doesn’t say very much – does he? It’s because they can’t get a word in edgeways; Dad!

Each of you will have your own special memories which I hope you will share over a cup of tea and a rock cake later. This gentle man, our best friend will live on in our hearts forever, while he … without an ounce of codswallop, will be pushing up daisies ….