Six Down; Six to Go – Speeches by Management #2

Speeches by Management (2011-05) #2 – Appraise with Praise (5:00-7:00 min) Demonstrate importance of feedback techniques personally used in daily life; Use constructive evaluation to help someone improve their performance; […] 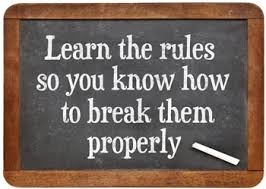 Breaking the Rules – Speeches by Management #5

Houston, we have a problem!  Tis not as bad as the Apollo 13 incident but neither are we NASA.  However, according to  the 2016/7 speech contest rulebook says a club […]

Grow & Be Strong – Speeches By Management #1

Laura McHarrie, introduced a project as part of her high performance leadership project in October 2015.   The project floundered in the first few months.  Having reviewed the initial plans, […]